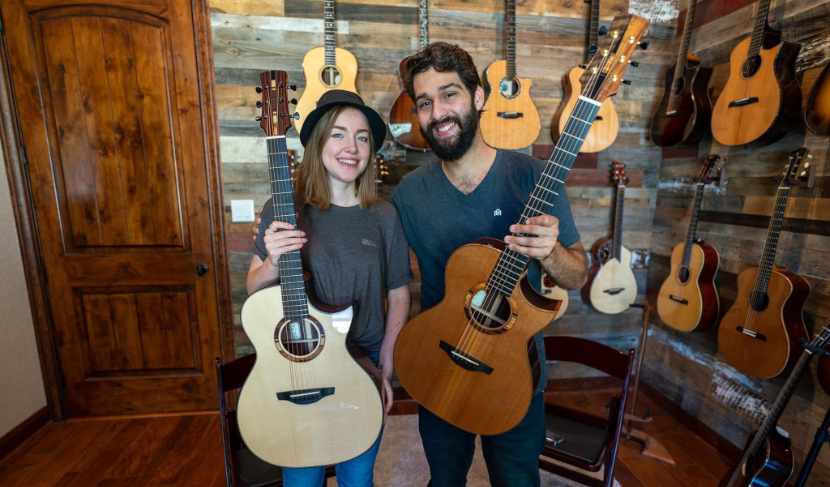 What an absolute blast I had attending Tom Bowersox’s guitar show earlier this month. “Bowersox International Guitarpoloza” is a weekend filled with guitar enthusiasts, guitars made by 10 luthiers, and an impressive lineup of guitarists: Frog and Toad, Dustin Furlow, Karlijn Langendijk and Tony McManus. Deep appreciation and thanks go out to Tom and Kathy Bowersox, for hosting such an enjoyable and rewarding event.

Karlijn Langendijk’s new album Atlas
Inspiring new solo album and music video Atlas, have been released by guitarist Karlijn Langendijk. Atlas is a collection of personal experiences expressed through music. The album is a unique mixture of classical and modern fingerstyle techniques and was inspired by travels throughout different countries.
Turning 50 Years And 50 Guitars In February, 2022

While turning 50 years old this month, I’ll be stringing up my 50th Urlacher Guitar.…